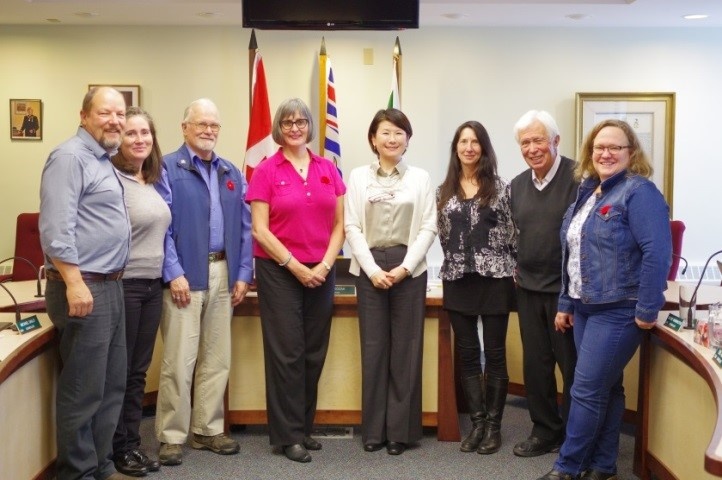 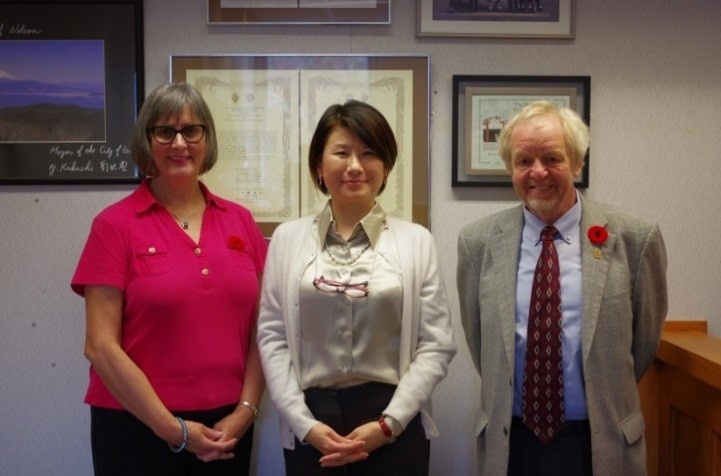 On Nov. 9th, Consul General Okai visited Nelson in the West Kootenay region of BC, where she met with Mayor Deb Kozak and all the Councillors. Since 1987, Nelson has been a Sisiter City with Izu City (former Shuzenji Town) in Shizuoka.  Next year marks their 30 year anniversary, so the Nelson Izu-Shi Friendship Society is sending the Mayor to Japan along with the other delegation and citizens.  The City of Nelson also has a deep relationship with Onagawa Town in Miyagi, initiated from the fact that a pilot from Royal Canadian Navy from Nelson was killed in action over Onagawa during World War II in 1945.  The city sent donation to Onagawa after the Great East Japan Earthquake in 2011.