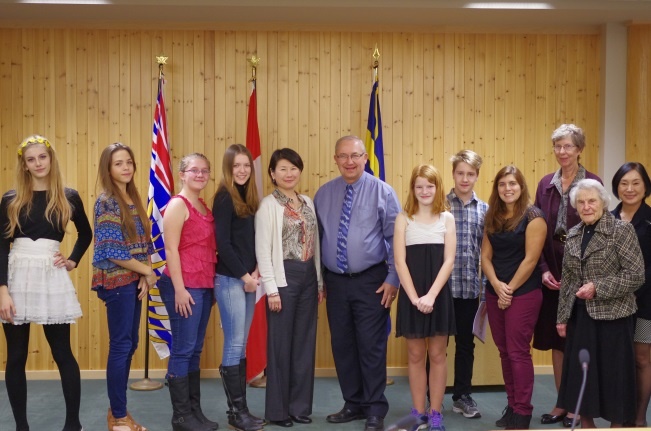 On Nov. 8th, Consul General Okai visited Castlegar in the West Kootenay region of BC, which has a sister city relationship with Embetsu Town in Hokkaido since 1989.  Consul General had a meeting with Mayor Lawrence Chernoff and was briefed about the history and current relations from Castlegar-Embetsu Educational Exchange Committee members.  The exchange has been active and a great success owing greatly to the support of Shikano Fund.  Consul General also visited Selkirk College and had a meeting with the Director of International Education and some Japanese students enrolled in the College. 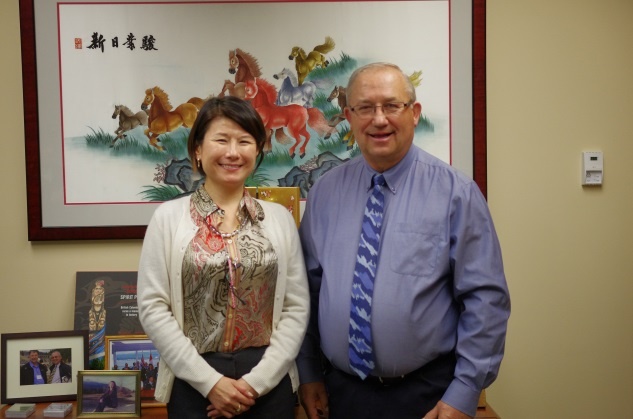 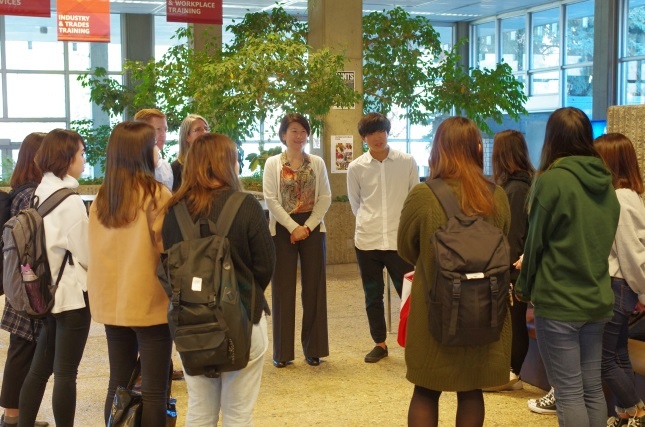