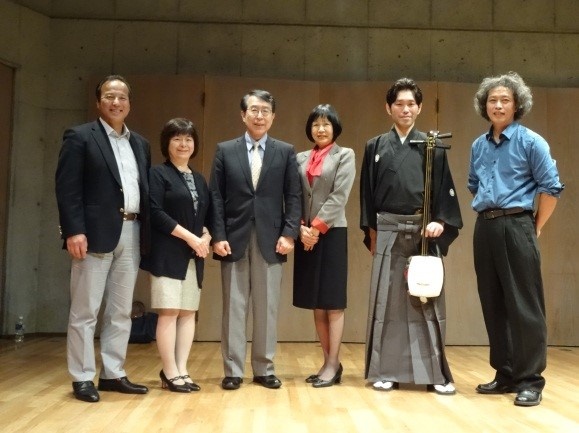 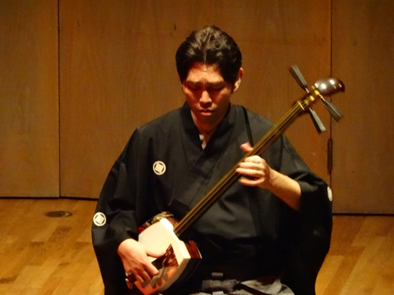 The Consulate General of Japan was pleased to present Mr. Hiroshi Yamaguchi’s shamisen concert at the Phillip T. Young Recital Hall in the University of Victoria’s School of Music. After performing solo numbers, Mr. Yamaguchi was briefly joined by local shamisen players and percussionists before playing the last set with guitarist Mr. Yujiro Nakajima. Ambassador and Mrs. Monji were part of the enthusiastic near-capacity audience that brought the musicians back for an encore. 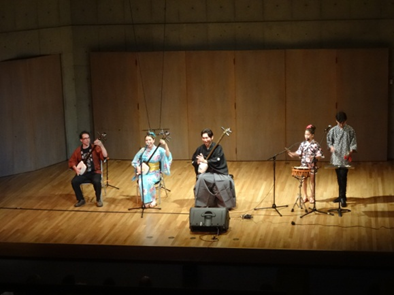 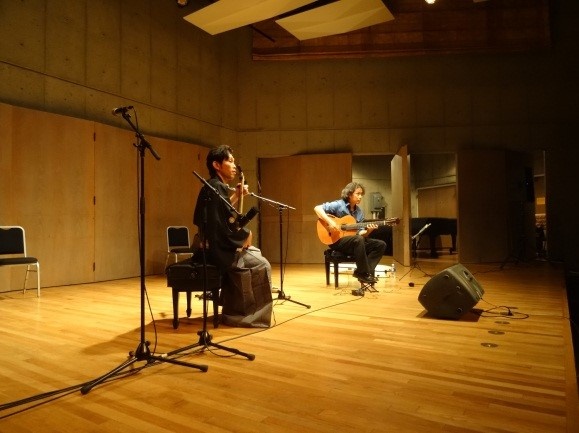