Lecture by Mr. Shotaro Oshima, Chairman of the Institute for International Economic Studies 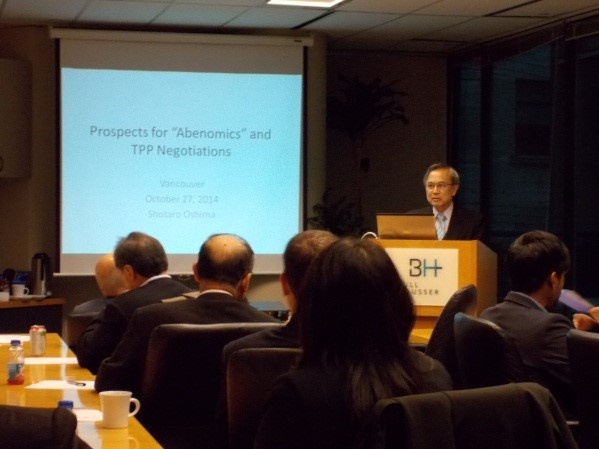 On Monday, October 27, the Consulate General of Japan presented a lecture titled “Japanese Economy under Abenomics and Japan's stance on TPP,” by Mr. Shotaro Oshima, who is the Chairman of the Institute for International Economic Studies. The lecture was held at the offices of Bull Housser & Tupper LLP. Mr. Oshima explained Abenomics and its influence on the Japanese economy, as well as prospects for TPP negotiations. The event was well-attended by representatives from various industries with an interest in trade with Japan.