Top > Melodies of Japan – An Introduction to Japanese Music and Instruments

Melodies of Japan – An Introduction to Japanese Music and Instruments 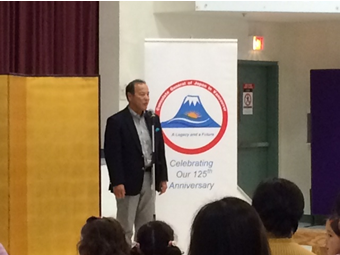 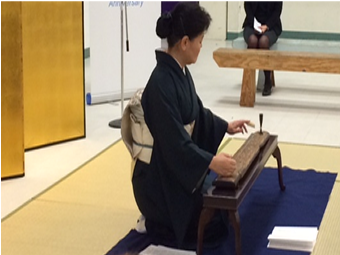 On November 1, the Consulate General of Japan together with the Vancouver Inter-Cultural Orchestra and the Vancouver Japanese Language School and Japanese Hall presented a workshop on Japanese music and instruments.  The workshop was part of the 125th Anniversary Celebrations of the establishment of the Consulate General.  During the workshop, the visiting musicians from Japan, Ms. Issui Minegishi and Ms. Naomi Sato provided explanations on the traditional Japanese music instruments of Ichigenkin and Sho.   A short lesson on Japanese court music, Etenraku, was also introduced.  The audience enjoyed Japanese music played by ichigenkin and sho. The workshop ended with a blending of traditional and contemporary sounds of Ms. Sato’s sho and Mr. Mark Takeshi Mcgregor’s piccolo. 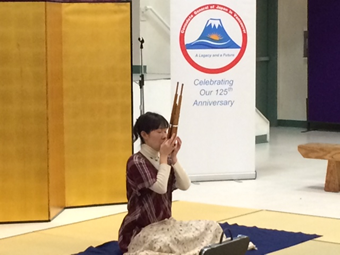