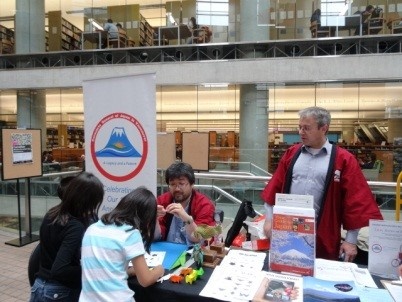 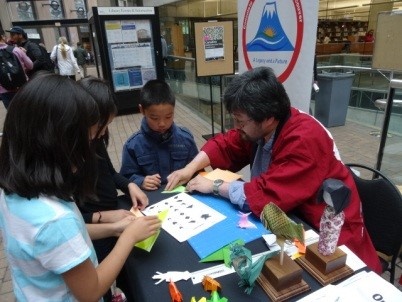 On June 27th, the Consulate General of Japan in Vancouver participated in the Vancouver Public Library’s Canadian Multiculturalism Day Celebration held at the Central Library in downtown Vancouver.
Many people visited our booth to learn about origami from renowned artist, Joseph Wu. Some visitors even took some time to sit and learn how to fold, from Joseph. Information about origami, traveling to Japan, and the Consulate’s 125th Anniversary Events was also handed out.

Later in the afternoon, Lenard Stanga, from Pangaea Arts, performed “Stories on Wheels,” in the Peter Kaye & Alma VanDusen Rooms, on the Lower Level of the library. Lenard explained Kamishibi, a traditional form of Japanese story-telling, and then told several stories in this style, including “Hats for Jizos,” and an adaptation of “Yamamba.” 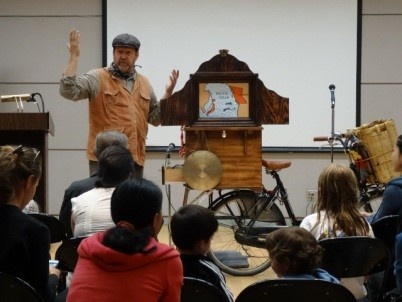 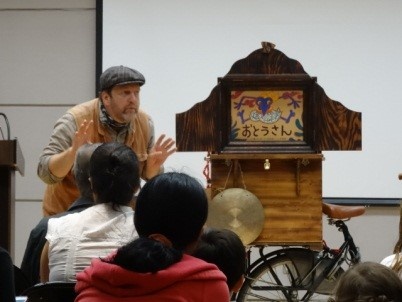