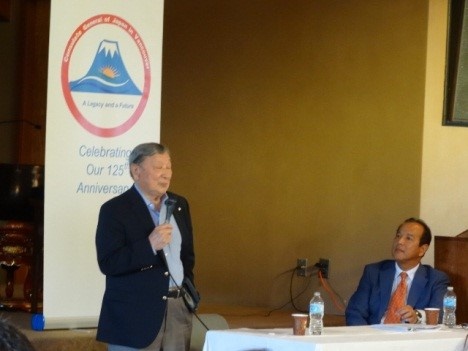 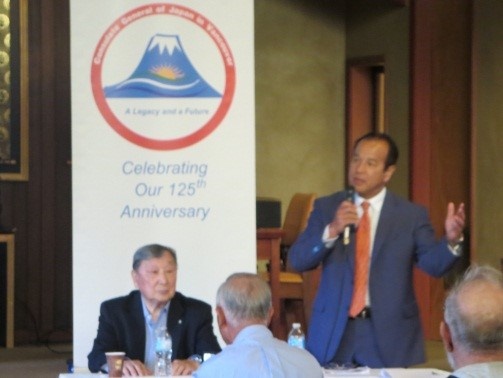 The “World War Two Period” was the topic for the third forum in the series titled “PARALLEL PATHS—Japanese Diplomacy and Nikkei Heritage” held at the Steveston Buddhist Temple on June 27th.  Keynote speaker Henry Shimizu described the background circumstances surrounding the life of Japanese Canadians at that time and then recounted his own personal recollections from his time in the New Denver internment camp.  The talk was illustrated with a slide presentation of his 27 paintings depicting life in the camp and 6 of the works were on display at the temple.  Based on communication between the Consulate in Vancouver and the headquarters in Tokyo at that time, Consul General spoke about the closing of the consulate and the return of the consul staff to Japan.

The next forum in the series will be held on Saturday, August 2nd at 12:30 pm at the Vancouver Japanese Language School & Japanese Hall as part of the Powell Street Festival.  The topic will be “Post-war Rebuilding Period.”